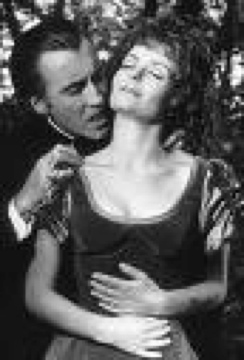 I really enjoy working with couples. It’s fulfilling and challenging to help couples make needed changes that bring more connection in their lives. Much of the challenge, however, is that dynamics within a relationship change as often as ocean sand may shift and take on new shapes.

One of those new shapes is what I hear a lot in my therapy practice. One woman said, “What I was attracted to, when we started dating, is not so attractive to me anymore. Sure, I admired those qualities in him. And I still do. But I want something different now. Maybe I really just want more of him. I think what I want is a man, my man, to be interesting and creative and passionate, and to lavish that all over me.” What she was saying is that those interests and attractions, though genuine, change over time. The masculine energy that attracted you to her was great at the time. But now she, after months or years of getting to know you, wants you to help keep her spark alive. How? By you keeping your own spark alive!

I’m hearing, “This is confusing!” I’m sure it is confusing for the man that doesn’t understand relationship dynamics. Let me explain. Your woman generally knows that she needs to keep herself creative, expressive, spiritually alive. But a woman is like a tuning fork. When she’s connected, deeply connected, to her man, she will radiate beautiful sound. She will vibrate when she knows her man is vibrating with energy. In other words, a woman wants to feel confident in his masculine energy. She wants to let go and trust her man that he will pursue meeting her needs (i.e. those he can meet). This is a real turn-on for her. In this way, she will know she is wanted! And when she knows she’s wanted by her man, she vibrates incredible loving open energy toward him. When she sees her man’s energy and focus waning, becoming passive, dull, uninteresting, acting stupid, she will naturally become disappointed and/or disinterested in him. Hence, her vibration quiets. This isn’t because she’s some prima donna that wants her way all the time, but because she deeply wants him to “tune into her.” In other words, she wants him to want her and lust after her, to be passionate about life, to express integrity, to live courageously, to protect her, and more. When this happens on a regular basis, she will exude a radiance of loving, sexual, confident and proud energy toward you!

Another way of saying all this is… Over time most women get bored or disappointed with N.I.C.E. men.

I nteresting (able to hold a conversation); Income (makes a good salary, stability)

Again, these qualities are great. They are often what stand out to a woman when she finds herself first attracted to someone. Also, these are qualities that our society has sometimes deemed important (or “required”) for men to have, and therefore, is pegged high on her must-have-in-a-man list. Although these qualities are important, they usually don’t translate into qualities that sustain a long-term relationship. It’s important to remember that men need not eliminate these qualities, but add to them other characteristics that promote deeper lasting connection between you and your woman.

Over time, as work demands change, as children are born, as our bodies’ age, the relationships dynamics also change. And typically during that time women start realizing that they need something more from their man. I’ve called these desired special qualities in men … D.R.A.C.U.L.A.S.

D etermination (displays stick-to-itiveness/guts, follow through, trust-building, an attitude of not giving up, relentless to integrate one’s mission)

C onfidence (exudes internal strength, comfortability within himself, humility by taking responsibility when needed, speaks up for himself, laughs at his own foibles, demonstrates it in love-making)

U nusual (allows room for change in himself and others, tries something new); Unpredictable (holds a sense of newness/freshness, not boring to be around, freedom to laugh out loud), but

L oyalty (emanates trustworthiness, lives in integrity, sets and maintains personal and relational boundaries); Leadership (not in a chauvinistic pig-headed way, but embraces responsibility, moves forward in the completion of tasks, helps others on their journey)

A ssertive (pursues ways to improve himself, doesn’t settle for mediocrity, tenaciously gives physical and emotional protection to his woman/his relationship, initiates needed self-change, fights for his woman and the relationship, pursues her like long-lost treasure)

A woman’s desire is to see her man practicing and developing his DRACULAS throughout the relationship. Of course, certain DRACULAS qualities are needed more at specific times or seasons within a relationship. It is especially needed when stressors or particular circumstances arise. At a deeper level, she wants to trust that he knows what she needs in him, and to take initiative toward meeting them. And, by the way, she doesn’t want to keep reminding him what they are!

She also wants to be confident in his ability to step up and exert masculine energy/direction when needed. At her core, she wants to be able to let go of having to fight to get her needs met, and rest in the fact that her man has “everything under control,” which includes meeting her DRACULAS needs. David Deida, in his book, The Way of the Superior Man: A Spiritual Guide to Mastering the Challenges of Women, Work and Sexual Desire (Sounds True: 2004), says to men that “A woman must be able to trust you to take charge if she relaxes her own masculine edge. This is true financially, sexually, emotionally, and spiritually. The man doesn’t have to do all the work, but he must be able to steer the course if his woman is going to relax into her feminine without fear.”

I believe this is the challenge of most men today, i.e. to be the watchman at the helm of his relation-ship to guide it where it needs to go. Often the woman cannot articulate what she may need (i.e. DRACULAS), but simply knows that she is dis-connected and unhappy. A man needs to be aware of how relationships change over time, and be willing to address the deeper needs of his woman. She wants to be proud and confident that her man is expertly navigating their relational waters. She wants, yes needs, to experience him providing masculine direction and energy toward the health of their relationship. He doesn’t have to be perfect, just moving toward it.